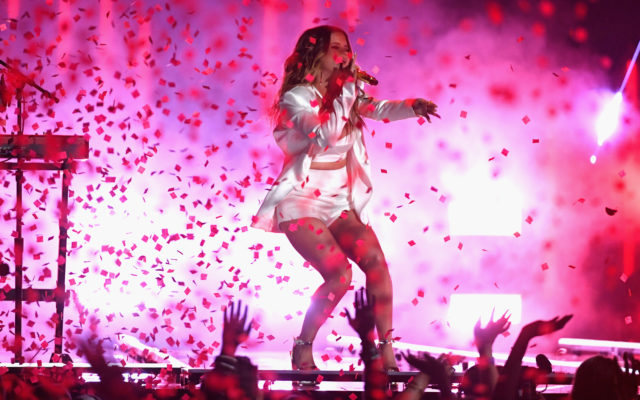 Jamie NelsonMaren Morris has a Grammy-nominated pop hit with “The Middle,” and an edgy new single called “GIRL.”  It’s enough to make some fans wonder if the “My Church” hitmaker has designs outside of country music.

Maren insists the answer is no.

“I’ve had a lot of questions from fans: Am I going pop now?” she tells People. “But I’m a guest in that world.”

If you think her forthcoming sophomore album was influenced by her success with “The Middle,” you’re likely wrong: Maren wrote most of the songs for her second record before she even signed on to collaborate with Zedd and Grey.

“There are songs on this album that are pop-leaning or even kind of ’90s R&B,” she explain. “Then there are moments that are very Carole King.”

“I’m still very connected to my original roots, which are in my version of country music. I have to do me,” she says.

Late last year, in fact, Maren told ABC Radio her next effort is a “ME record.” So far, we’re still waiting for details about what it will be called and when it will be released.

July 27th, 2021
View full playlist
Connect With Us Listen To Us On